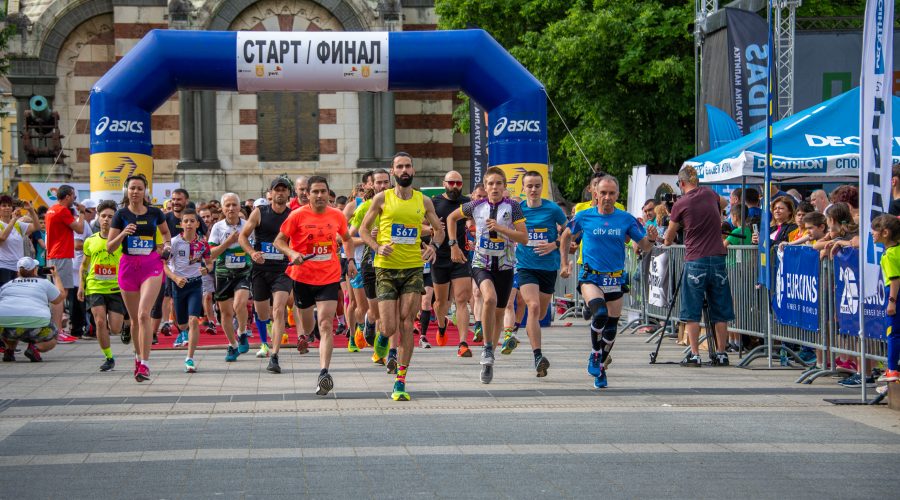 Participants from ten nations, including a record number of children, took part in the eighth edition of the event.

Today, 22 May, the eighth edition of the Friendship Marathon took place in Pleven. The event attracted a total of 582 participants from all age groups — from toddlers in prams to an 85-year-old marathon runner who represented a total of ten countries — the UK, Spain, India, Canada, Romania, the USA, Syria, Ukraine and Jamaica and, of course, Bulgaria. They all participated in the event united by a common cause under the motto ‘We run in Pleven in support of children with intellectual difficulties’.

The eighth edition of the marathon opened with a greeting from the Deputy Prime Minister and Minister for Regional Development and Public Works Grozdan Karadjov, who, together with his family, was one of the volunteers at the event.

The Pleven marathon is a wonderful regional endeavour with horizons that far exceed the sporting event to encompass friendship in the entire region and our desire to live in peace, to live together and to benefit from the fruits of our labour’,

the Deputy Prime Minister said seconds before the start.

The opening ceremony was also attended by the Deputy Mayor of the city, Mr. Stefan Milev, who supported the charitable cause of this year’s edition by raising funds to equip an art therapy corner for pottery at the Centre for Social Rehabilitation and Integration for Disabled Children in Pleven. Among the official guests who took part in the opening and award ceremonies were the Second Secretary and Head of Security Partnerships of the British Embassy Oliver Patton, the Minister Counsellor of the Romanian Embassy Catalin Radoi, as well as Ventsislav Petkov, Executive Director of the National Sports Facilities Company, and Stanimira Georgieva, co-organizer of the marathon. They all welcomed the participants and wished them good luck in the race, which started in front of the iconic mausoleum and chapel of St. George the Victorious.

The participants in the race were divided into six main disciplines — the challenging 42.2 km classic marathon, 21.1 km half-marathon, relay (2 x 10.55 km), 10.55 km, the ‘I Can’ three-kilometre free mass cross, and the children’s run with free registration Fun Run Kids. This year the discipline that attracted the most participants was Fun Run Kids — a record number of 284 children took part in the runs, divided by age groups. The fastest and most distinguished runners in the individual disciplines received awards at a ceremony on the stage of the central Renaissance Square in Pleven. The winner of the marathon distance was Ivaylo Valev, who covered 42.2 km in two hours, 37 minutes and 23 seconds. After him, Zhivko Zhelyazkov crossed the finish line and Stanimir Statev came third. The fastest among the women in the marathon was Teodora Petkova, who finished in three hours, 17 minutes and 33 seconds. Her runners-up were Borislava Videva in second place and Victoria Nikolova in third place. Masters with first place in their category: women:Malina Ivanova 50+, Mariyana Mihaylova 60+, Boyka Arsova 70+; man Boyko Zlatanov 60+, Yordan Mitev 70+, Peter Petrov 80+.

This year there was also a contested race in the half marathon distance. The fastest runners were Juan Pablo Ruiz from Spain, Nikolay Efremov and Genadi Chukanov, respectively in first, second and third place in men and Maria Mihaylova, Boryana Popova-Tsvetkova and Dilyana Koleva — in the women’s race. For the second time, as part of the Friendship Marathon in Pleven, the participants could also compete in the increasingly popular 10-kilometer distance. The prizes in the 10.55 km run went to Angel Angelov, Mihail Minev and Daniel Ivanov among the men and Nia Yotova, Victoria Nikolova and Dorothea Dimitrova among the women. Another attractive discipline in the marathon was the relay. A total of 16 runners participated, with the fastest being the tandem of Ivo Iliev and Valentin Iliev, followed by Martin Ivanov and Preslav Petkov, as well as the mixed pair of Nikolay Iliev and Milena Abrasheva who came in third.

The Friendship Marathon in Pleven has over the years strengthened its reputation, attracting a diverse audience and becoming one of the most highly regarded and anticipated events in the region. In order to ensure that the participants in the race and the guests and residents of the town were in an excellent mood, the organisers of this year’s event had planned a performance of a dedicated stage in the central square that featured various performers and local folk and dance groups, as well as the outdoor Park+ games with volleyball, tennis, dance lessons and other suitable activities for all age groups.

‘The eighth marathon in Pleven has once again shown that a sports competition can become a celebration of the city and a family event with a noble cause’,

said one of the organisers — Stanimira Georgieva.

Besides the donations received in support of children with intellectual disabilities, the event also demonstrated that help can be provided in many other ways. The event will go down in history as the edition that attracted the most volunteers, including the Deputy Prime Minister, Deputy Minister of Agriculture Ivan Hristanov, diplomats, students, retired citizens and many other people from Pleven, Bulgaria and other countries.

The eighth marathon in Pleven was organised by leading foundations and social enterprises in Bulgaria, whose main mission is to support people with different abilities and difficulties: Maria’s World Foundation, the Social Future —Jamba Foundation, Eyes — Open, National Alliance for Social Responsibility, in partnership with Pleven Municipality, SCLA Fenix, SC Elite Running from Romania, Bulgarian Association for Persons with Intellectual Disabilities, BCause Foundation, Autism Today and with the support of many companies for which corporate and social responsibility, contribution to building a fair social environment and a sustainable future are at the core of their business.

More information about the Pleven Marathon:

All photos from the 8th Pleven Friendship Marathon 2022 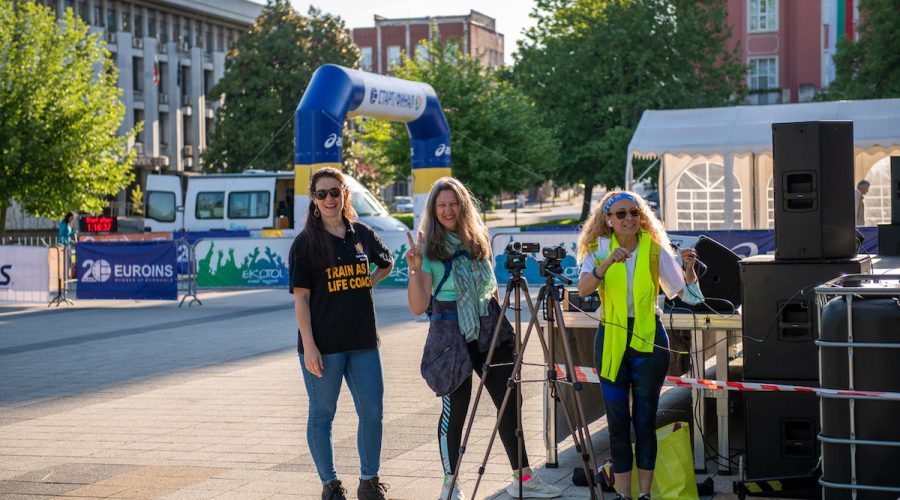 Informative Technical meeting on Saturday 21st May 2022 at 17h in front of the Center for work with children.

This meeting is only with informative character about the course, refreshment points. 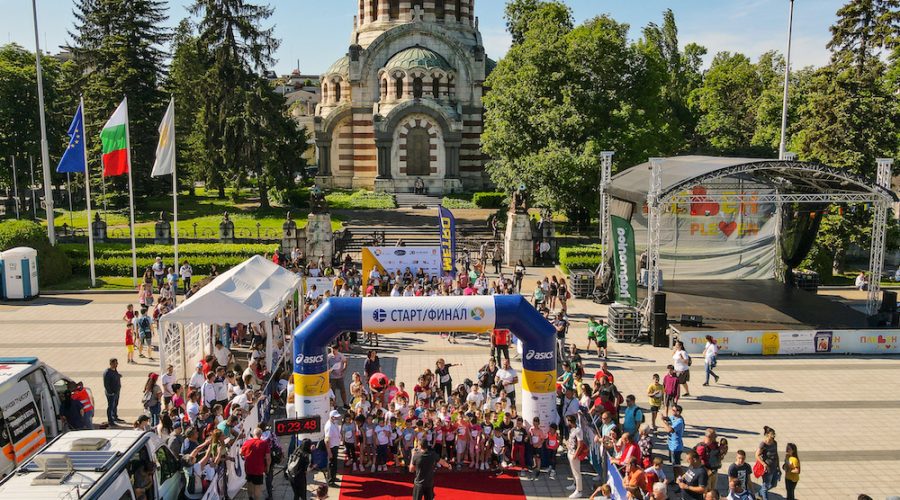 A Deputy Prime Minister and diplomats will participate as volunteers in the event, which will be held in support of children with intellectual difficulties. 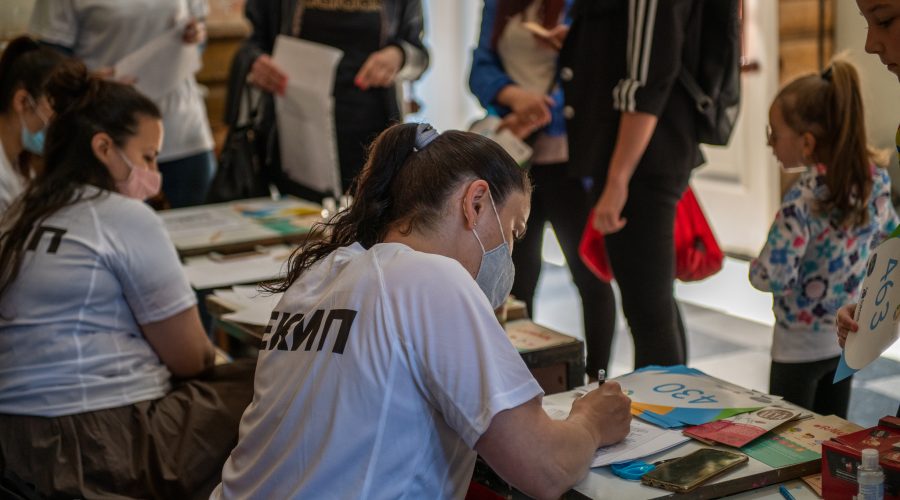 Race kits’ pick-up – in the Children’s Center next to the marathon Start/Finish zone: 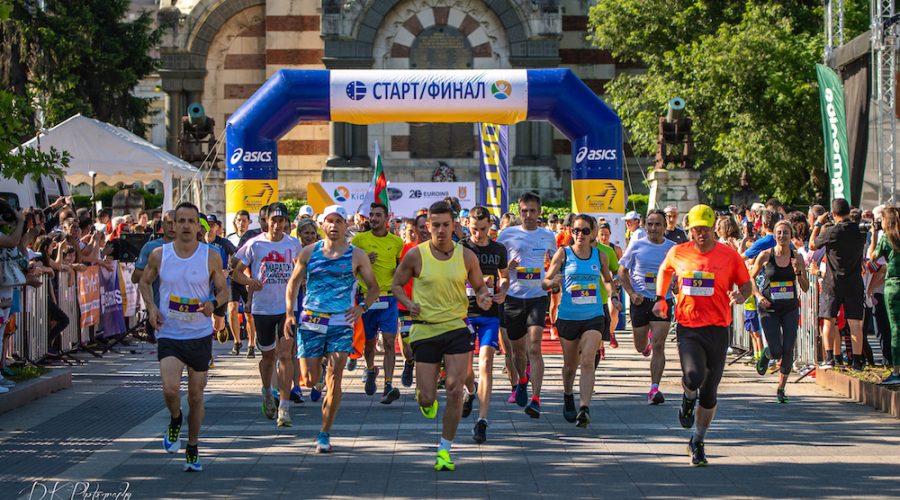 The Pleven Marathon — the most iconic sporting event for the region, returns on 22 May 2022. It is expected that the event will once again bring together hundreds of fans of active lifestyle united around a common cause. 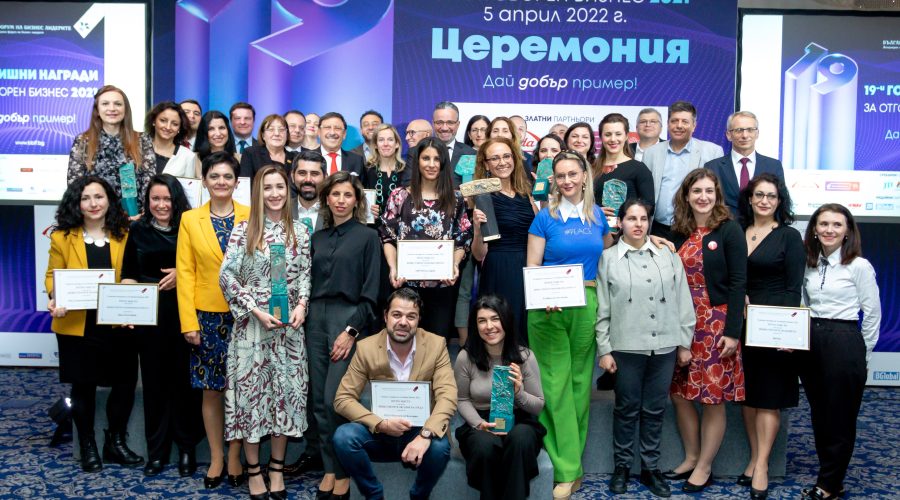 Our partners METRO Bulgaria and Interlang were awarded at the 19th Annual awards of the Bulgarian Business Leaders Forum for corporate social responsibility and sustainability. 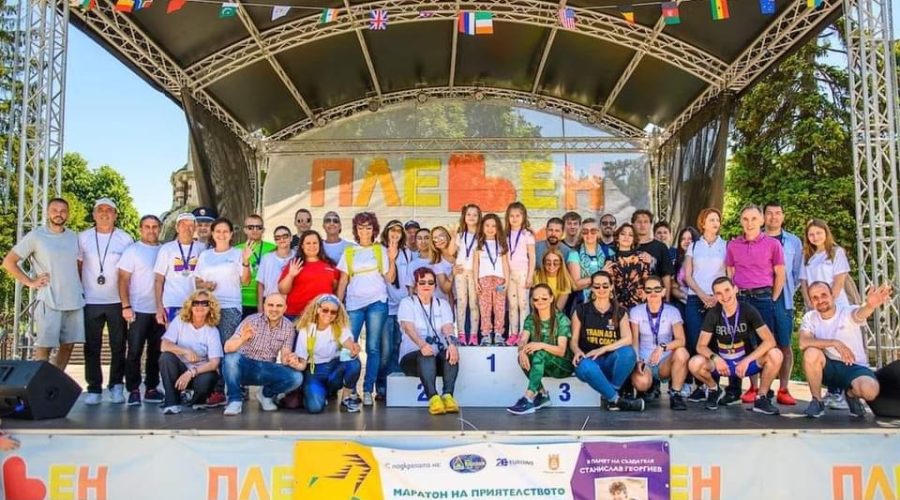 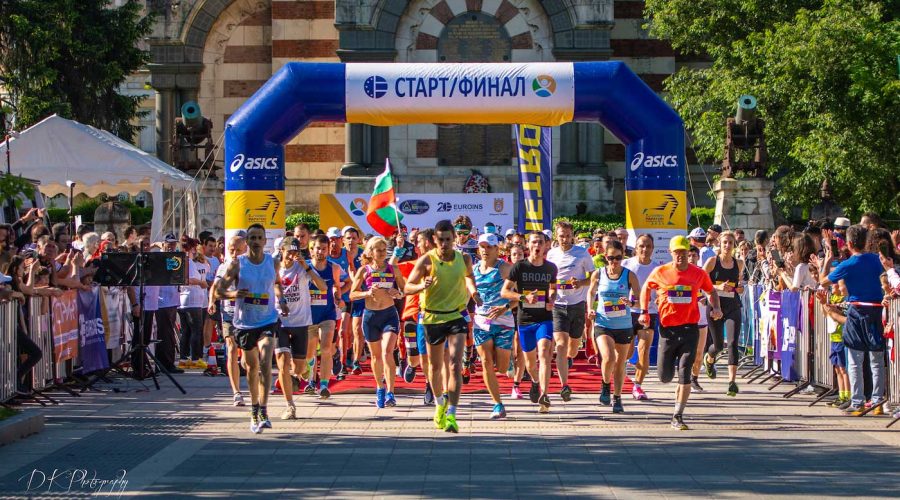 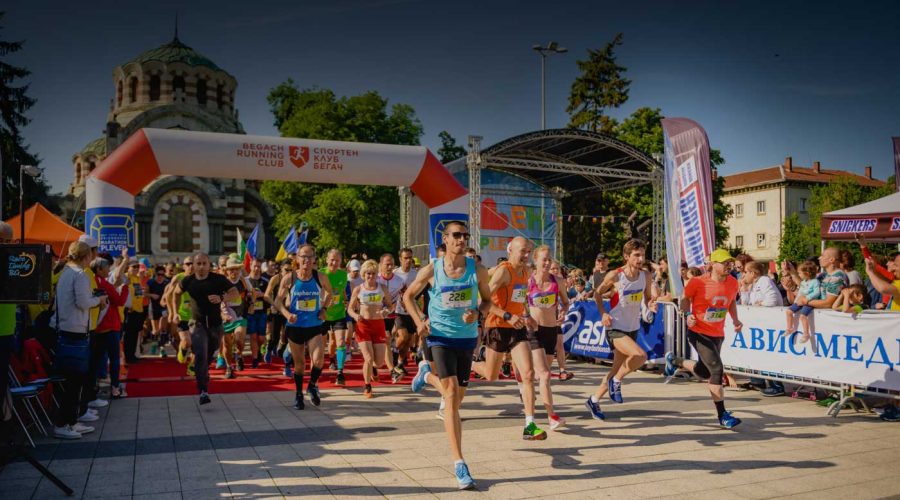 The Pleven Friendship Marathon is postponed to 2021

Due to a number of valid reasons such as the coronavirus pandemic COVID-19, the repairs in the central part of the city of Pleven and after an exceptional person left us, the heart and soul of the Marathon – Stanislav Georgiev, it was decided that 2020 will be a Zero year for the event. 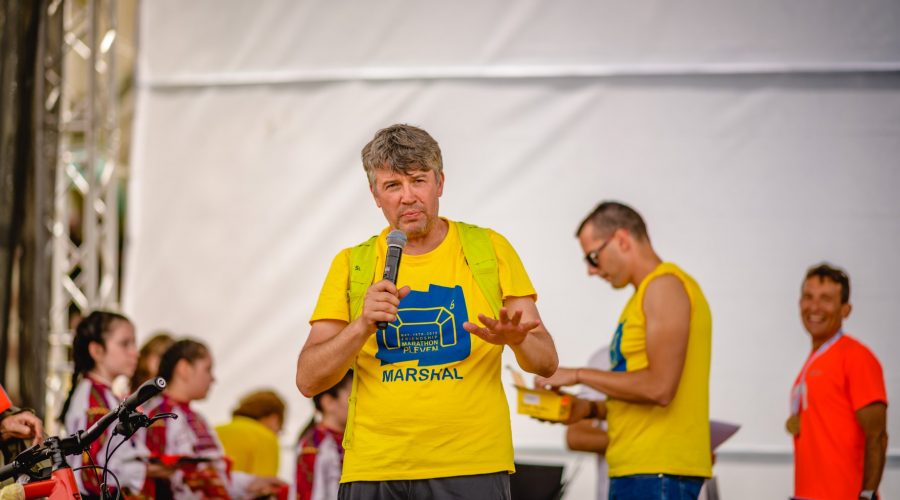 On March 29th, 2020, one extraordinary man – Stanislav Georgiev, passed away unexpectedly. He is the founder and main organizer of the Marathon of the Friendship in Pleven, and the 1000km Balkan Charity Challenge, founder of “Begach” Sports club, father of four, and a bright example and inspiration for almost everyone who knew him.